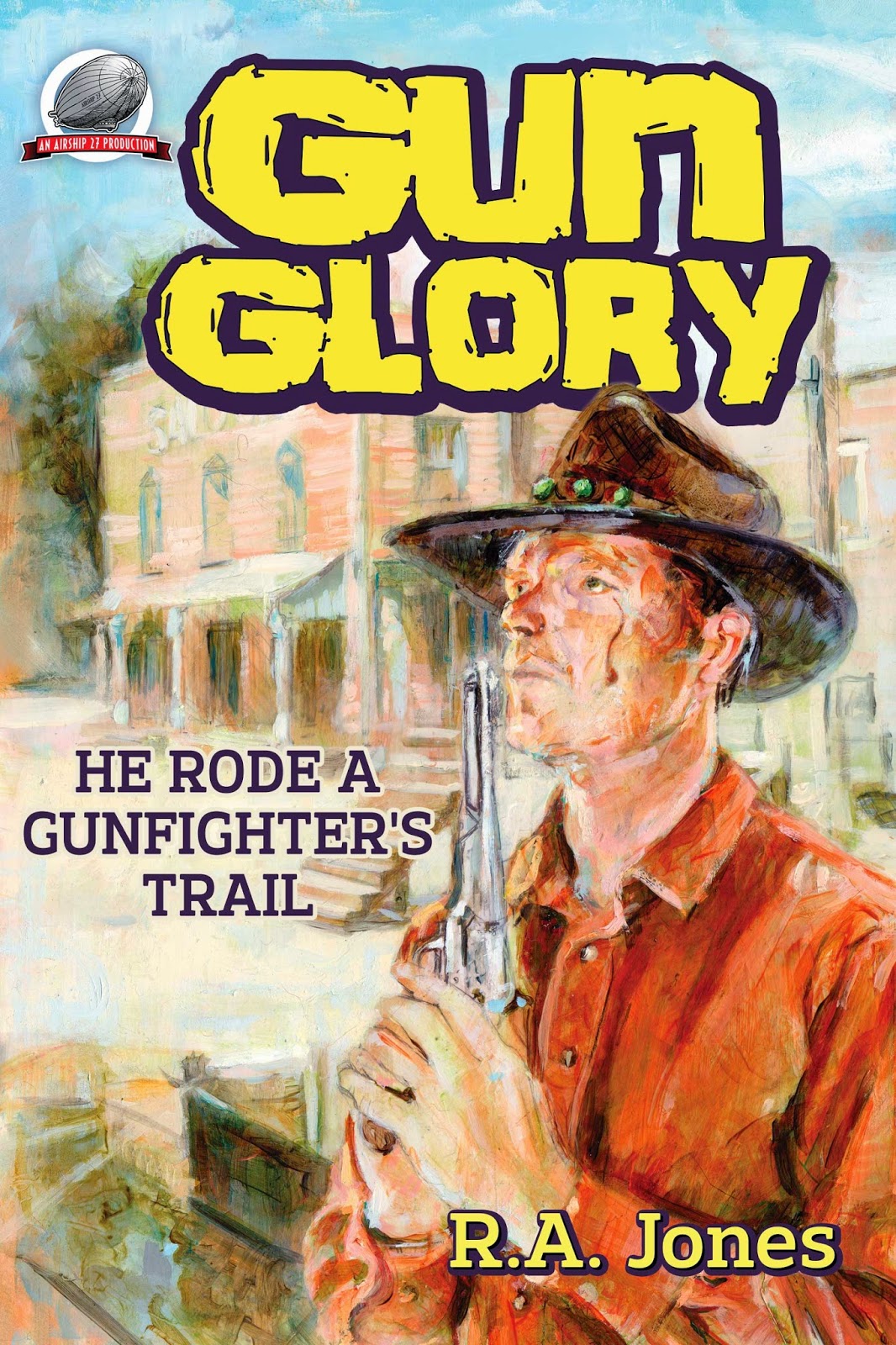 Airship 27 Productions is thrilled to be kicking off our new production year with the release of an old fashion western novel by veteran writer, R.A. Jones.

Young Jason Mankiller never believed his surname was an omen of his future until the Civil War broke out and he joined the Union Army.  Fate took to him the fields of Gettysburg.  By the time the battle ended, he was sitting atop a small rise surrounded by the bodies of dozens of Confederate troopers.  Days later, while drunk, his fellow soldiers had tears of blood tattooed onto his face.  From that day forward, the Man Who Cried Blood’s reputation spread far and wide.

Ten years later, Jason Mankiller is in Ft. Rogers, Texas, hoping to find a job and bury his past.  But the blood tattoo won’t let him escape the gunfighter’s trail.  Writer R.A. Jones delivers an old fashion western adventure in the grand tradition of Max Brand and Louis L’Amour.  Here are pioneering men and women facing the birth of a new American destiny that will demand their blood, sweat, tears and sacrifice.  For Jason Mankiller, that promise of a better life will be claimed at the end of a smoking gun.

“Gun Glory is a project R.A. Jones has wanted to write for a long time,” explains Airship 27 Productions Managing Editor Ron Fortier.  “A straight out, traditional western melodrama as has been a staple of American literature for decades. Capturing the feel of those classic western writers of the 40s and 50s.  It’s a great book and we’re thrilled to be bringing it to our readers.” 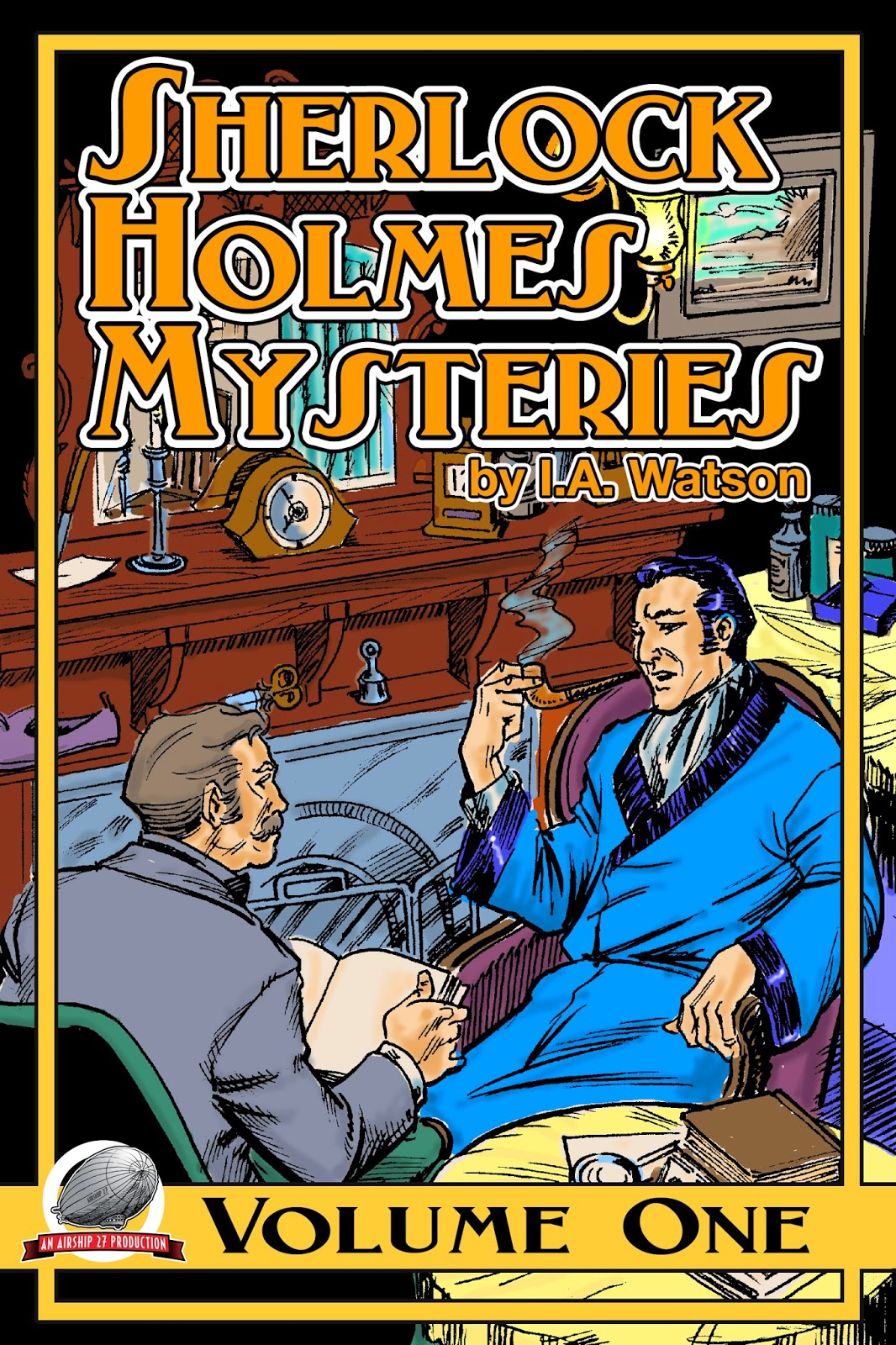 Available on Kindle Only

“I.A. Watson has had a new story in each volume of “Consulting Detective,” since its inception,” reports Airship 27 Productions’ Managing Editor.  “In fact his third entry in the series, ‘The Last Deposit’ won the Pulp Factory Award for Best Pulp Short Story.  So we are extremely excited to be putting all these amazing stories together for our Kindle readers.”

As an added bonus, Airship 27 Productions is including an eight and brand new, never before published adventure, “The Adventure of the Fading Light.”  That makes this digital book twice the size of the regular volumes for the exact same price.

“I.A. Watson’s Holmes stories are meticulously researched and set in the established Arthur Conan Doyle canon,” Fortier added.  “I know of no current writer who research his work as much as I.A. Watson and his stories are a pure light.”

Available only in Kindle here.
(http://www.amazon.com/Sherlock-Holmes-Mysteries-I-Watson-ebook/dp/B00S8SPQKU/ref=sr_1_1?ie=UTF8&qid=1421289408&sr=8-1&keywords=Sherlock+Holmes+Mysteries+by+I.A.+Watson)
Posted by Ron Fortier at 6:44 PM No comments: