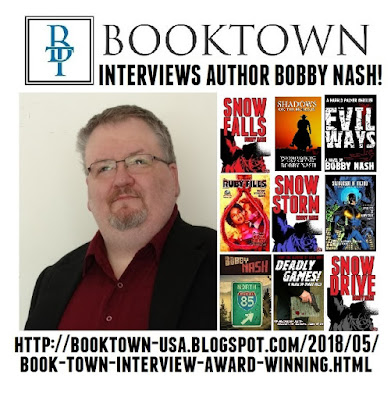 Posted by BobbyNash at 1:13 PM No comments: 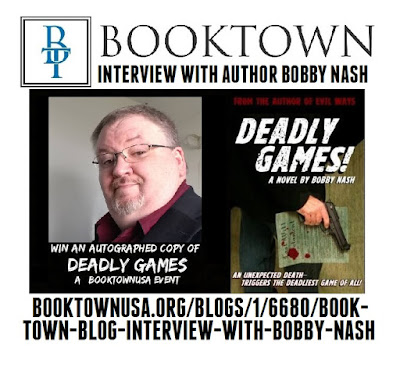 Thanks and have a great weekend!

Bobby
Posted by BobbyNash at 5:22 PM No comments:

THE PURPLE SCAR in The Black Fog 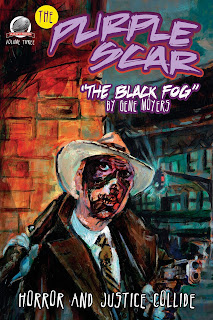 AIRSHIP 27 PRODUCTIONS
Presents
THE PURPLE SCAR
In
THE BLACK FOG

A hooded man suddenly appears on the streets of Akelton carrying a strange device strapped to his back. Affixed to it is a nozzle from which enveloping black fog spews forth quickly swallowing everything in its path; to include men, women in children. And just like that the city is thrown into panic as the mysterious villain begins popping up all over the city wielding his eerie weapon.

Realizing he is facing a supernatural threat, Captain Dan Griffin enlists the aid of the city’s own gruesome crime fighter, the Purple Scar. Secretly plastic surgeon Doctor Miles Murdoch, the Scar, with the aid of his nurse Dale Jordan and ally Tommy Pedlar, is quickly on the hunt for the mastermind behind the fog of terror. For in the first time in his vigilante career, the Purple Scar is battling an evil scientific genius whose purposes can only herald doom and bloodshed. It is a battle he cannot afford to lose.

Having contributed short stories to the two previous volumes in this series, Moyers took the next step in writing a novel featuring the Haunted Horror.  “We see it often enough,” says Airship 27 Managing Editor, Ron Fortier. “Every now and then a New Pulp writer will develop a special affinity for a golden age character. Moyers seemed to have fixated on the uniqueness of the Scar’s persona. More than just a run-of-the-mill avenger type, the Purple Scar stories infused a generous portion of horror along with their suspense. It was this added element that fascinated Moyers and eventually inspired him to write The Black Fog. And we couldn’t be any happier.”

Joining Moyers on the project were two amazing artists. Former Pulp Factory Award winner Chris Kohler provided the 9 black and white interior illustrations while British painter Graham Hill the eerie colorful cover depicting the gruesome Scar.  Art Director Rob Davis brought it all together to produce one of Airship 27 Productions’ most spectacular titles. If you think you know the Purple Scar, think again. 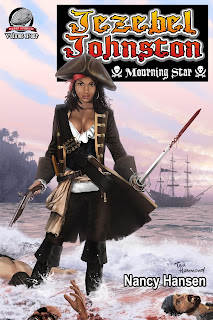 With Emile Gagnon’s Sea Witch laid up in the French port of Fort Royale for minor repairs, Jezebel Johnston and young Zachary Spencer go into town to trade with the local merchants. While there, they come to the attention of an unscrupulous smuggler named Luc Charbonneau who cleverly manipulates them into being blamed for thievery committed by his own gang. But before he can rally an impromptu lynch party, they are rescued by Captain Ancel Thibodeaux, the real authority on the small West Antilles island.

Thibodeaux is fascinated by the beautiful Jezebel and pressures her and Zachary into joining the crew of his own pirate ship, Mourning Star. Having no other recourse, the two agree and the wily French buccaneer sets about tutoring the lovely mulatto into being part of his elaborate scheme to sail across the Atlantic and raid the rich Barbary Coast.

“Who doesn’t like a rousing pirate yarn?” asks Airship 27 Productions Managing Editor, Ron Fortier. “The Jezebel Johnston series is both historically accurate and filled with enough action and adventure to fill a dozen such books.”

Once again writer Nancy Hansen unfurls the sails of her imagination in this, the fourth chapter in the saga of Jezebel Johnston as she navigates the dangerous waters of rogues, brigands and scalawags on her way to becoming the greatest pirate of them all!