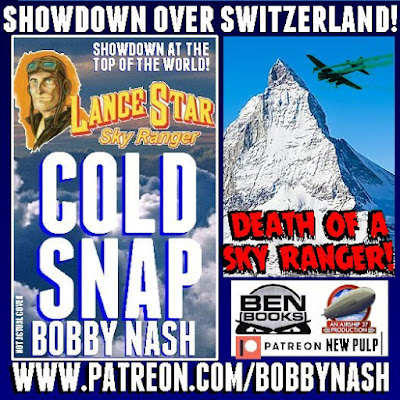 This opening chapter is FREE to read for patrons and non-patrons alike. You can find it HERE! The next chapter will be marked for patrons only so, if you like what you read here, and haven't already joined us, please consider one of the tiers we offer.

Will a Showdown over Switzerland be a Sky Ranger's final fight? Lance Star: Sky Ranger faces his greatest battle with a most ruthless enemy, the Austrian Air Ace Baron Otto Von Blood in this explosive opening chapter of "Cold Snap!" all-new novel-length Lance Star: Sky Ranger thriller from author Bobby Nash. Are you ready for launch?

Posted by BobbyNash at 10:12 AM No comments: 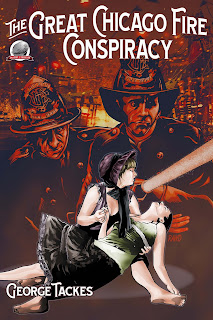 An obsessed, twisted maniac targets the city of Chicago for destruction in retribution for the burning of Atlanta ten years earlier during the Civil War. But he has been hunted around the world by an ex-Union officer named Philip Avers who knows his true identity.

Both men converge on the bustling metropolis on a hot summer night of 1871 as the Arsonist sets his plans in motion, Avers is too late to stop him. Now, with the help of a Chicago Tribune reporter names Richard Cromie, Avers will race through a fiery hell on earth to capture the fiend and bring him to justice. But only if he and Cromie can survive the holocaust themselves.

Writers George Tackes spins an incredible tale set against the background of one of the greatest tragedies in the history of America. Artist Gary Kato provides the interior illustration with artist Chris Rawding handling the amazing cover.

Available now from Amazon in paperback and soon on Kindle

IN CASE YOU MISSED IT LIVE... BOBBY NASH INTERVIEWED ON AND I "QUOTE" PODCAST! 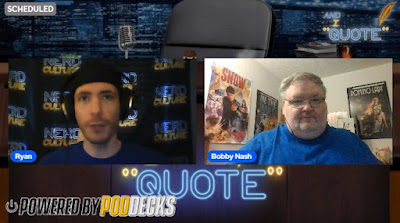 I had a great time visiting Ryan Permison's And I "Quote" podcast earlier today on Nerd Culture. If you missed it LIVE, you can still catch Writing Crime Fiction with Author Bobby Nash on YouTube HERE or below.
Thanks again, Ryan. I had fun! 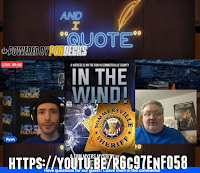 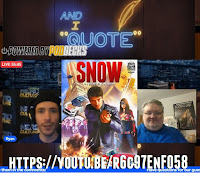 Posted by BobbyNash at 2:31 PM No comments:

BOBBY NASH GUESTS ON THE AND I "QUOTE" PODCAST! WATCH IT LIVE ON SATURDAY, SEPTEMBER 18TH AT 12:15PM EST!

On Saturday, September 18th, I'll join Ryan Permison's And I "Quote" podcast at 12:15 pm EST! Watch us LIVE on YouTube HERE or below for Writing Crime Fiction with Author Bobby Nash. Bring your questions. It'll be fun.

---
On this episode of And I "Quote", Ryan talks with crime fiction, adventure and pulp writer Bobby Nash. We will also be taking your live questions. Don't miss it!

Posted by BobbyNash at 11:12 AM No comments: