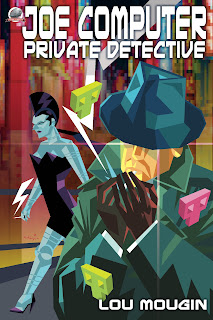 Imagine the inner workings of a computer as an actual world called the Community. Its inhabitants are the programs that dwell there. Among these is a investigative fix-it type program designed to find and correct corruptions with the Community. Its name is Joe Computer, Private Eye.

In this collection of unique stories, Joe tackles a mysterious program known only as the Sicilian and must stop him from unleashing the Black Virus that could wipe out the Community. Then he to stop a revolution, Joe goes digitally undercover to find the source of the malcontents. In his third outing he deals with the ghosts of human programmers and finally has to save Alice, his kidnapped secretary.

Posted by Ron Fortier at 8:55 AM No comments: 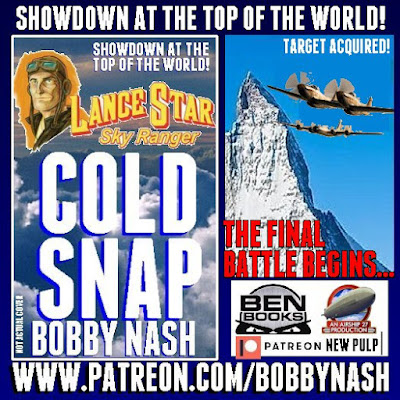 Captured. Outnumbered and outgunned, American pilots Lance Star and Niles Isburgh are brought before General Berninger and Baron Otto Von Blood. The baron wants to kill them, but the general prefers to let them serve as witness to the ultimate super-weapon about to be used against the rest of the Sky Rangers. The action ramps up to eleven in an all-new chapter of the Lance Star: Sky Ranger serialized novel, "Cold Snap!" written by author Bobby Nash. The adventure continues exclusively on Patreon HERE. 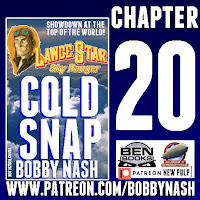 As always, your support is appreciated. Thank you for helping keep the Sky Rangers flying.

Posted by BobbyNash at 2:25 PM No comments: 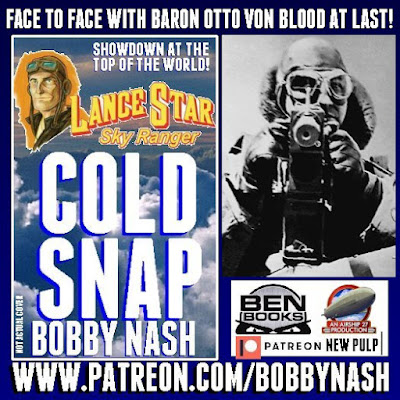 As always, your support is appreciated. Thank you for helping keep the Sky Rangers flying.
Bobby
Posted by BobbyNash at 9:10 PM No comments:

JOIN ME LIVE ON JUST JOSHING TONIGHT AT 8PM EST! 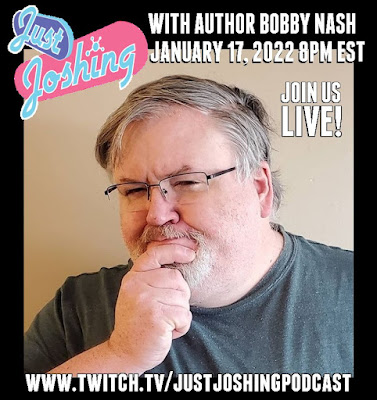 Tune in live tonight when author Bobby Nash chats with Joshua Pantalleresco at 8pm EST on the Just Joshing podcast. Join the conversation LIVE at https://www.twitch.tv/justjoshingpodcast! 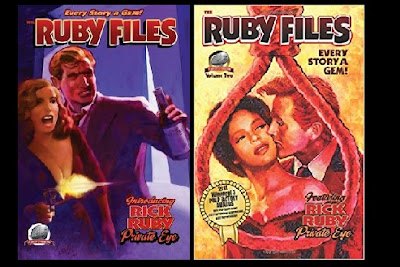 11 years ago, Sean Taylor and Bobby Nash sat down in a restaurant and worked on the series bible for The Ruby Files, a pulp p.i. character they created that went on to win several awards. There are two The Ruby Files books out now from Airship 27 Productions and more on the way. Get yours today! 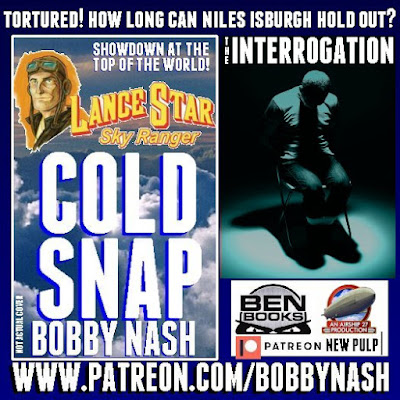 Beaten and tortured for information, can Niles Isburgh hold out long enough for Lance Star to fly to the rescue? See how much the air ace can endure in a tense, all-new chapter of the Lance Star: Sky Ranger serialized novel, "Cold Snap!" written by author Bobby Nash. The adventure continues exclusively at https://www.patreon.com/BobbyNash Get ready on the flight line!

The opening chapter is FREE to read HERE. Please join the Sky Rangers on Patreon today.

As always, your support is appreciated. Thank you for helping keep the Sky Rangers flying.

Bobby
Posted by BobbyNash at 3:40 PM No comments:

SHERLOCK HOLMES & THE ADVENTURE OF THE IRON CROWN 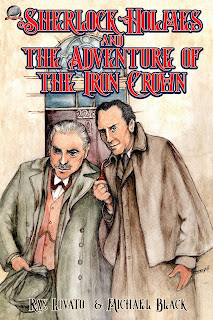 THE ADVENTURE OF THE IRON CROWN

One of the most cherished religious artifacts in history is the Iron Crown of Constantinople, supposedly containing the nails that were used to crucify Jesus Christ by the Romans. A fire at a London Mason Lodge reveals the murdered remains of one of the Temple Officers. At the request of a Scotland Yard inspector, Sherlock Holmes is brought into the case and learns that four groups are involved in the crime, all revolved around their search for the lost crown. The agents of the Masons, Templers and the Illuminati are involved in the hunt as well as the vicious Thieves Guild controlled by the mysterious mastermind known only as the Hawk.

But none can decipher the Latin poem handed down through the ages which reveals the hidden location of the prized relic. When a second murder is discovered, the Great Detective and his loyal companion find themselves racing against time to solve the puzzle before further blood is spilled. Yes, devoted Holmes readers, the game is most certainly afoot!

BONUS FEATURE – Illustrator Rob Davis provides a behind-the-scenes look at two very special illustrations and the inspiration behind them.

AVAILABLE FROM AMAZON IN PAPERBACK AND SOON ON KINDLE.

Posted by Ron Fortier at 9:30 AM No comments: 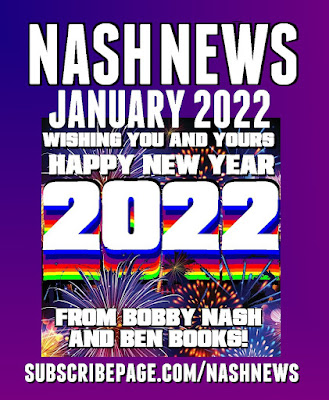 The first Nash News email newsletter of the new year has gone out to subscribers. We're kicking off 2022 with a bang and I hope you'll join us. Not a subscriber? No problem! Signing up is quick, easy, and free. Head on over to https://www.subscribepage.com/NashNews and sign up. Not only is it free, but I'll give you a free copy of my hit novel, SNOW FALLS just for signing up for Nash News. What a deal, huh? Join us today!

Bobby
Posted by BobbyNash at 4:48 PM No comments: