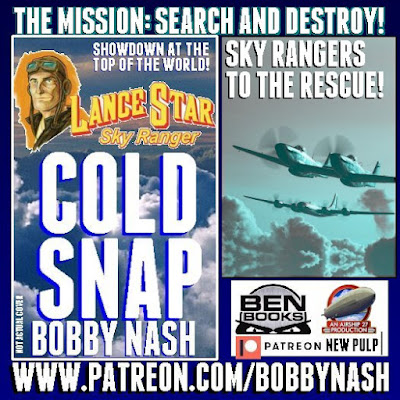 On the ground behind enemy lines and battling the elements, Lance Star works to infiltrate the secret base where Dr. Emil Hastings is perfecting a lethal super-weapon to use against America and her allies. Can he get in, stop the scientist's plans, and rescue his missing pilot friend before he's discovered? Find out in an exciting, all-new chapter of the Lance Star: Sky Ranger serialized novel, "Cold Snap!" written by Bobby Nash. The adventure continues exclusively at https://www.patreon.com/BobbyNash.

Get ready on the flight line! 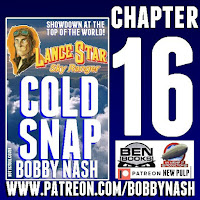 The opening chapter is FREE to read HERE. Please join the Sky Rangers on Patreon today.

As always, your support is appreciated.

Bobby
Posted by BobbyNash at 3:15 PM No comments:

SINBAD AND THE MINOTAUR 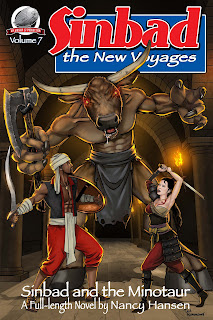 Airship 27 Production is thrilled to present the 7th book in its Sinbad – The New Adventures series. This one being a full length novel by popular New Pulp author, Nancy Hansen.

By a strange twist of magic, Sinbad and the crew of the Blue Nymph find themselves hurled back into the Bronze Age and travel to Minoan Crete where they encounter one of the greatest legends of all time, the monstrous Minotaur. Inhabiting the underground maze built by King Minos beneath his Palace of Knossos, the half-man, half-bull devours any poor soul sent into the twisting labyrinth. But when the wily Sinbad learns there is also a fabulous treasure hidden within that same dark lair, he and his fearless team begin to plot a dangerous scheme to steal the prize. Even if it means battling the fabled horned beast.

Available now from Amazon and soon on Kindle.

Posted by Ron Fortier at 8:38 AM No comments: 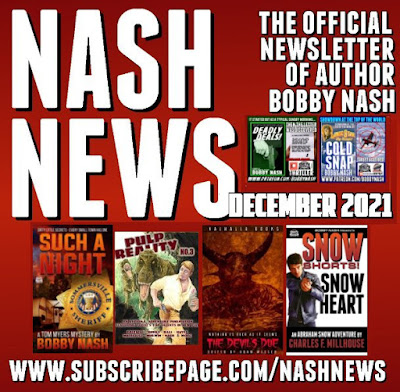 December's Nash News email newsletter has gone out to subscribers. Not a subscriber? You're missing out on the latest news! Signing up is quick, easy, and free. Head on over to https://www.subscribepage.com/NashNews and sign up. Not only is it free, but I'll give you a free copy of my hit novel, SNOW FALLS just for joining Nash News. What a deal, huh? Join us today!

Bobby
Posted by BobbyNash at 7:34 PM No comments: 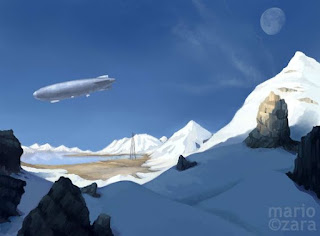 Posted by Ron Fortier at 5:44 AM No comments: