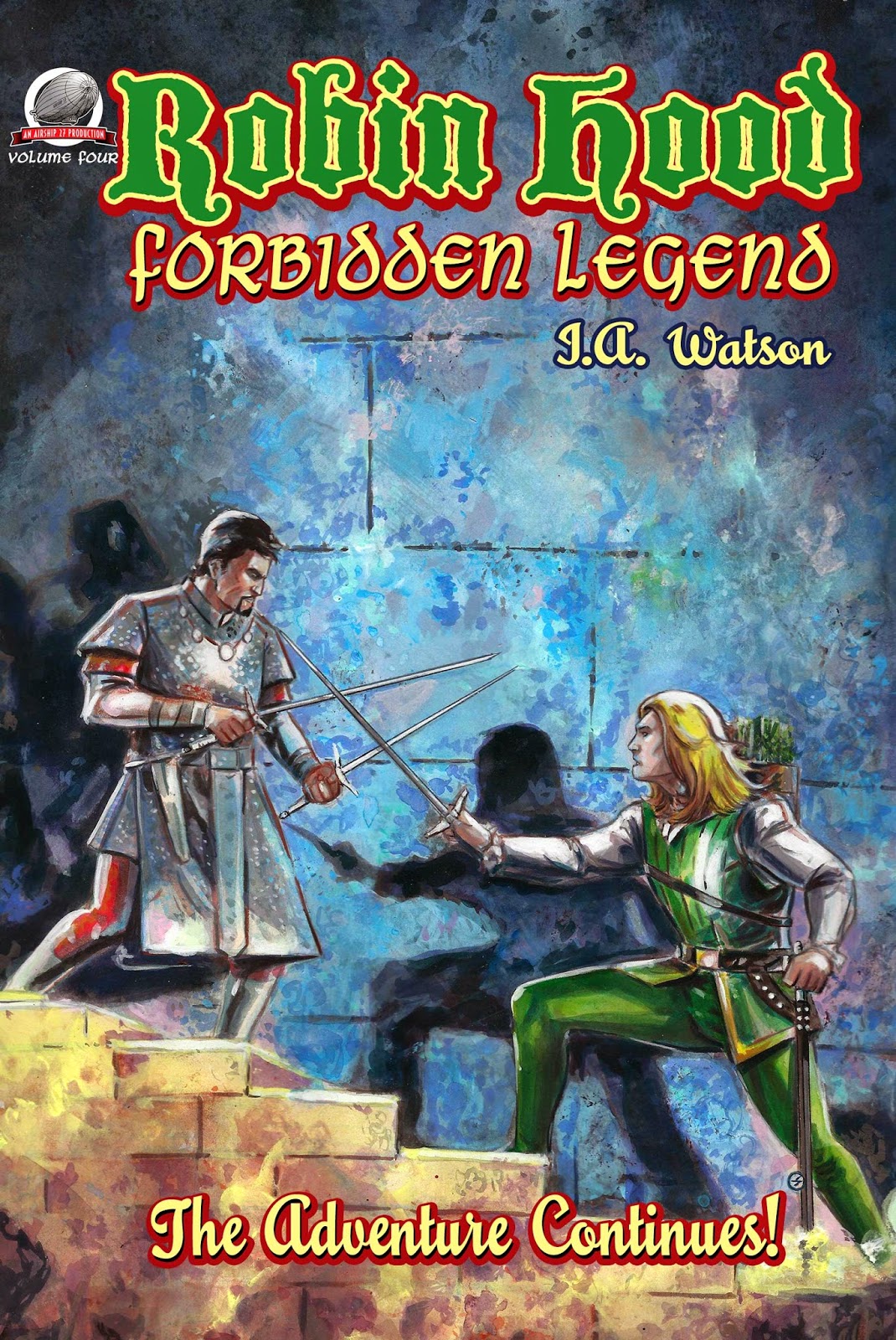 THE RETURN OF ROBIN HOOD

In his Robin Hood trilogy; King of Sherwood, Arrow of Justice and Freedom’s Outlaw, I.A. Watson brilliantly re-imagined this classic adventure saga by setting it against England’s actual history.  Much to the delight of fans everywhere, old tales became new with fresh insights into the origins of the legend and its colorful characters.  Now Airship 27 Productions is thrilled to bring you this Special Fourth Volume as a bonus finale to that trilogy.

“After we’d published the last book of Ian Watson’s trilogy, we thought that was the end of our adventures with this great character,” explains Airship 27 Production’s Managing Editor Ron Fortier.  “Then late last year, Ian made mention that he had a bunch of short stories and essays still in his files and would we be at all interested in looking at them.  Upon inspection, we knew immediately we had enough great material for yet another book.  Talk about an early Christmas gift.”

In this volume you will find a handful of short stories published here for the very first time; maps of England and Robin Hood’s London plus more of the author’s in-depth essays on his critically acclaimed series and a Robin Hood comic strip illustrated by Pulp Factory Award winner, Artist Rob Davis.

Robin Hood – Forbidden Legend also denotes the release of new, re-edited editions of all three previous titles; each now accompanied by period maps relevant to each chapter in this glorious series.  Robin Hood and his Merry Men, heroes for all ages!  Features a cover by Jesus Rodriguez and interior illustrations by Pulp Factory Award winning artist, Rob Davis.

Available now at Amazon in hard copy and soon on Kindle.