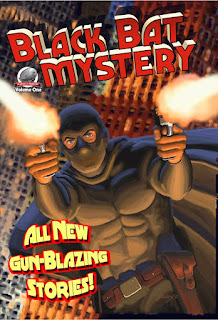 The first in a series of brand new Black Bat adventures, “Black Bat Mystery, Vol One” was one of the last books to be published by Cornerstone Books during their association with Airship 27 Productions.  Out of print for several years now, Airship 27 Productions is delighted to announce the release of this new, wholly Airship 27 Edition.

Airship 27 Productions is currently assembling Vol II in this series and thus, having this one back in print was a major part of that marketing promotion.

Available now from Amazon in both hard copy and on Kindle.